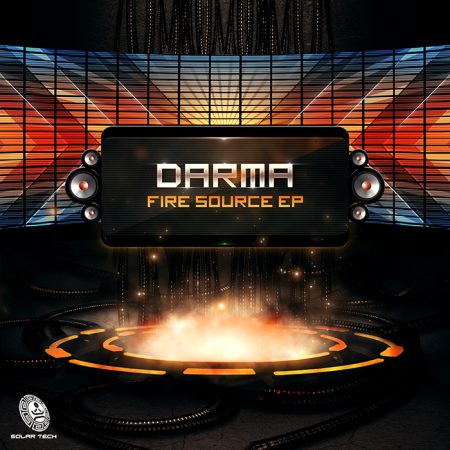 After joining the ranks of Solar Tech Records, Darma is back with his all new “Fire Source” EP! “Fire Source” includes two brand new, previously unreleased tracks which are sure to become instant classics; making it a “must have” release for DJs and fans of progressive psychedelic trance around the globe! The first track, the release-titled “Fire Source” presents us with a deep, pumping, off-beat driven, progressive psychedelic journey. The atmospheres are thick, heavy, and emotional, as fans have come to expect from Darma. The second track, “TripleX” takes a left turn into the sounds of gritty, dirty, heavy, progressive psychedelic trance. Of course all the signature Darma-style atmosphere, story, and emotion is still there. This track is perfect for those moments when dance floors are at their peak energy levels, and need that one track to set them off on fire! Together these tracks present two different sides of the Darma sound; showing his versatility as an artist, and giving fans different sounds to play with depending on their emotional state of mind. Darma’s “Fire Source” EP is the perfect addition for the DJ bag, for home listening, and on the go! With rich high quality studio production, as well as new and interesting writing styles, fans can look forward to much more from this promising artist!

Darma is Adam Belo, from Tel Aviv, Israel. Adam has been producing music since 2000, previously as part of the duo Hipnotix with his older brother Yaki. After many releases as Hipnotix, Adam released his debut EP as Darma, “Deep Hole” in 2012. “Fire Source” marks his second EP as Darma, and the beginning of a long string of releases under his new project, Darma.