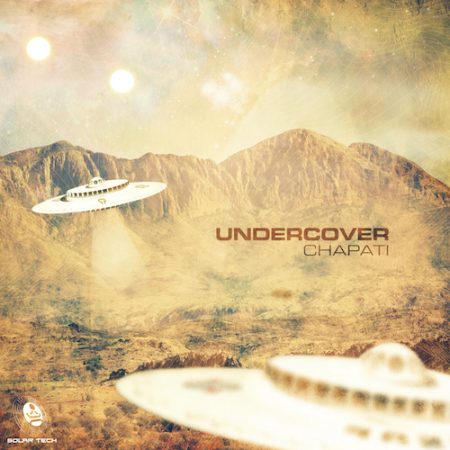 UNDERCOVER is the brand new project from two very well known and regarded Psychedelic Trance musicians, DARMA/HIPNOTIX and SOUNDWAVE. The duo are happy to present the debut of their new project, an EP entitled “Chapati,” releasing worldwide on Solar Tech Records.

The new EP presents listeners with two brand new tracks. The release titled track “Chapati” instantly captures listeners with a high-energy atmosphere, and seductively aggressive melodies with subtle middle eastern flavor. The sound is best described as a fusion of all the best elements of Progressive Trance with the energy level taken up a few notches, and fused with elements of Full-On and driving Psychedelic Trance. The vibes and intensity are relentless, and are sure to generate a nonstop dance frenzy! The second track “Imaginary Friends” continues with the energy laid out before, and completes the package with huge, crunchy, psychedelic, goa-influenced melodies and atmospheres. The track is truly mind blowing as it continues taking listeners higher and higher until finally unleashing all the energy into a fantastically funkadelic groove of epic proportions.

Undercover, is about to start generating waves throughout the global Psychedelic Trance scene – taking the dancefloors by storm! In truly “under cover” fashion, the duo behind this new act has been in our midst this whole time… Little did we know what they were cooking up behind closed doors! Look out carefully for much more coming down the pipeline from UNDERCOVER!