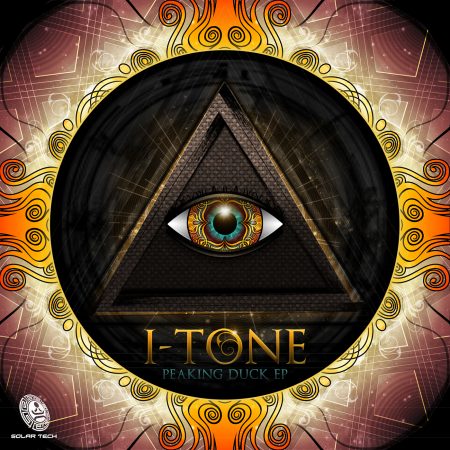 Itone is happy to present his debut EP on Solar Tech Records, “Peaking Duck.” The EP features two brand new previously unreleased tracks that are sure to become instant hits with DJs and dancers alike. The EP starts out with a remix of fellow Psychedelic Trance producer E-Clip’s track “Troublemaker.” Itone’s remix emphasizes the original’s latent melodies, and frames them with brand new, deeply driving basslines and playful atmospheres. The remix lifts the mood of the original bringing out and highlighting the more emotional and funky aspects of the original track. Next up, the release titled “Peaking Duck,” an original track from Itone continues building on the foundations laid by the first track. “Peaking Duck” is a driving, funky, and emotional track; filled to the brim with funky undulating basslines, ripping psychedelic sound effects, and uplifting and atmospheric melodies. Both tracks fuse the latest and most modern sounds of Progressive Psychedelic Trance with experimental influences from Techno, Electro, Funk, and other styles. With a strong attention to detail, and an impeccable level of sound quality, this release represents the next leap forward in Progressive Psychedelic Trance dance! With this strong debut, look forward to much more from Itone coming soon on Solar Tech!