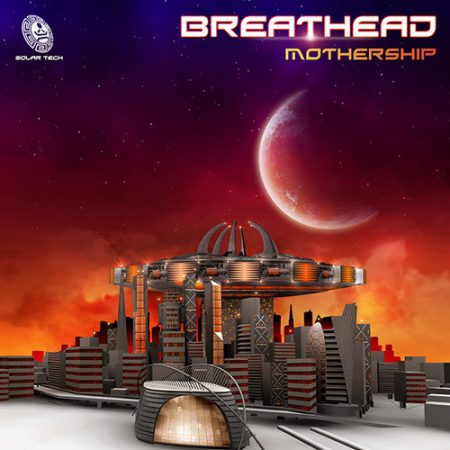 Solar Tech Records is very happy to present the debut album from label artist, BREATHEAD! After the release of his EP “Chrome-Head” on Solar Tech Records, in addition to many other releases and collaborations, the MOTHERSHIP has finally landed! “Mothership” is a powerful mix of intelligent, groovy, and psychedelic energy, which listeners have come to expect from Breathead. Breathead is the solo project of Vicente Marín who was born and raised in Guánajuato, México. He was first drawn to electronic music in 2000, and it wasn’t long before he became actively involved in the scene; first as DJ, and then as a music producer. As he has performed for dance floors around the world, including his home country Mexico, he has been honing, forging, and pushing his sound to new limits, to become increasingly high-tech and more powerful. Breathead finally presents listeners with the culmination of these efforts. “Mothership” features ten all new original tracks, including a collection of Breathead’s solo work, in addition to remixes and collaborations with fellow artists: Waio, Hanzo, Spectra Sonics, Tron, and Frenessy. These tracks are sure to become instant classics with DJs and dancers, setting dance floors ablaze, as each track has been hand selected and meticulously scrutinized. The mothership has landed, ready to pump unique sounds through your ears, and into your mind!